The West Somerset Catholic Parishes consist of Minehead with Watchet and Dulverton. They are part of the Clifton Catholic Diocese, which covers the West of England and includes the City and County of Bristol, the counties of Gloucestershire, Somerset, Wiltshire, North Somerset, South Gloucestershire and Bath and North East Somerset.

There are 107 parishes within 13 deaneries serving a Catholic population of around 190,000. Around 33,000 people attend Mass around the diocese every weekend. More than 2,000 people are actively involved in Catholic associations in the diocese.

The diocese was legally established as a charity on 6 May 1934 under the title Clifton Catholic Diocesan Trustees Registered. Our charity number is 233977. The administrative offices are based in Bristol.

The West Somerset Catholic Parishes at 20 miles East to West and 17 miles North to south, make up one of the largest groups in the diocese and cover all of Exmoor. 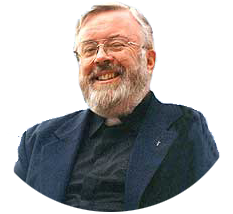 Before being ordained Fr. Michael was the general manager of a University Student Union in Bristol. He is currently the dean of Taunton Deanery and secretary of the Council of Priests.  Away from work, he is very interested in choral music, steam railways and collecting works of art.

Before his ordination in 1993, and for some 6 years after, Vincent Woods worked as an Operations Manager for Lloyds Bank.  After 31 years with the bank he took the opportunity of early retirement in 1998 and has undertaken the deacon’s ministry as his main interest since.  Formerly a Parish and District councillor, he retains an interest in current affairs, has a love of classical and jazz music and enjoys walking and cooking.  Getting the caravan ‘bug’ some ten years ago both he and his wife, Rosemary, enjoy holidays and short breaks in their motorhome.